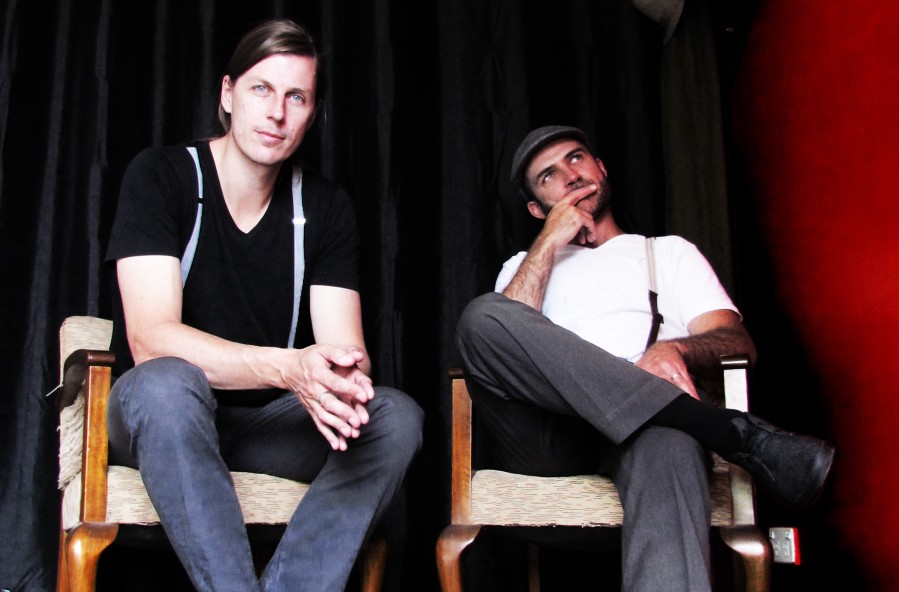 Jason Hicks and Troy Henderson have been singing, songwriting and playing music together for well over a decade. They were also born on the same day at the same time, two years apart (but we’ll let you guess which one is older!).

Probably best known for their work in Central Coast band Field Day, Jason and Troy toured the East Coast on numerous occasions, released three EPs and received some healthy airplay on Triple J and many community radio stations between the years of 2000 and 2003. They also played some of the states most prominent venues including the Sydney Opera House, Star City and the State Theatre and have supported some of the country’s biggest bands including The Whitlams, Jet, Diesel, Xavier Rudd and Missy Higgins, not to mention a 30 date tour with Human Nature.

Most recently Jason has been playing around the traps with local Central Coast group Jaywalker, who have released one EP and one full length album. Jason also took out the award for Best Male Vocalist at the 2009 Newcastle Music Awards, whilst Jaywalker was nominated in another three categories, following on from their three nominations in 2008. Jaywalker were also runners up in the 2007 “People’s Choice” category of the Australian Music Oz Awards.

After Field Day disbanded, Troy jumped on a plane and headed to the US and London for a 6 month songwriting/working holiday, returning with a bag of new tunes. On his return to Australia he did some session work for Pinky Beecroft (ex Machine Gun Felatio), spending some time in the studio and playing a few East Coast shows. And in 2010 Troy finally released his debut solo EP – Salty Town. Most recently he divides his time between solo shows, vocal coaching and playing bass (and the fool) in Sarah Humphreys band.

So it’s been a long time coming, but Jason and Troy have finally reunited in their most exciting project yet – The Mixed Tape. Showcasing their amazing vocal ability via the use of loop pedals, ukuleles and any other quirky instruments they can get their hands on, The Mixed Tape is a layered vocal mix of harmonies, hilarity and home grown talent.